Let the Soil Play Its Simple Part, an album of songs written and performed by Caroline Shaw and Sō Percussion, is out now on Nonesuch Records, available everywhere here, including on clear vinyl. The musicians, who have known each other since their student days, were presented with three days of gratis studio time and decided to experiment with ideas they had begun putting to tape during the sessions for their January 2021 Nonesuch release Narrow Sea. With Shaw on vocals and Sō—Eric Cha-Beach, Josh Quillen, Adam Sliwinski, and Jason Treuting—filling out this new band, they developed songs in the studio, with lyrics inspired by their own wide-ranging interests: James Joyce, the Sacred Harp hymn book, a poem by Anne Carson, the Bible’s Book of Ruth, the American roots tune “I’ll Fly Away,” and the pop perfection of ABBA, among others. The album is co-produced by Shaw, Sō Percussion, and the Grammy Award–winning engineer Jonathan Low (The National, Taylor Swift).

To coincide with the album’s release, the artists have released a video of them performing their take on ABBA’s “Lay All Your Love on Me,” a track on the new album. The video, directed by Maureen Towey and filmed at Bok in Philadelphia, includes additional vocals from Beth Meyers and Yeji Cha-Beach; you can watch it here:

Shaw, who won a Pulitzer Prize for her vocal composition Partita for 8 Voices, written for and performed with Roomful of Teeth, makes her solo vocal debut with Let the Soil Play Its Simple Part.

The album’s first track, “To the Sky,” is from the Sacred Harp and takes its lyrics from Anne Steele. “I love the songs about death, and going home, and looking toward a time that is better or brighter, which, if there’s one thing to think about in the world, maybe that’s the thing,” Shaw says. “This one I love in particular. There’s a line, ‘Frail solace of an hour/ So soon our transient comforts fly / And pleasure blooms to die.’ It’s meditation on the ephemeral, and I love it.”

“I hadn’t written very many songs, but I have certainly loved many in my life. I’ve been thinking of making a solo album for seven or eight years, but it takes having the right friends and community in the room,” Shaw says. “The prompt for all of us was: What would we make in the room together with no one person in charge, like a band writes in the studio?”

Cha-Beach recalls of the early test run during the Narrow Sea session: “It had that capturing-lightning-in-a bottle feeling.” When the opportunity to have three days in their friends’ studio, Guilford Sound, came up, the five musicians decamped for Vermont with engineer/co-producer Jonathan Low. “Jon is an amazing editor,” Cha-Beach says, “He is so helpful in thinking about: ‘We have these ideas: how do we shrink those and make them come across on an album?’”

One such idea was for Shaw to do a duet with each member of Sō. She sings with Josh Quillen on steel drums on the title track, which she wrote in under an hour in a “free-writing zone, very inspired by James Joyce, taking on that brain space,” she says. Lyrically, the song is “related to some math bits that I love, but also memory, and love songs of somebody who’s gone or passed away, or that you’re no longer with: what is the sound of that kind of devastation or confusion or love?” They recorded the song only twice, and the first take is on the album. “It’s very spare. The playing is very Josh; it’s so sensitive,” Shaw says.

Adam Sliwinski’s marimba duet with Shaw is an interpretation of the ABBA song “Lay All Your Love on Me.” She explains, “It’s really a Bach chorale. Also, the idea of someone singing ‘Don’t go wasting your emotion / Lay all your love on me / Don’t go sharing your devotion / Lay all your love on me,’ over and over again very slowly, there’s a certain tragedy in it. And then Adam did some absolutely exquisite layering that built this stunning world from the marimba.”

Jason Treuting on the drum kit joined Shaw for “Long Ago We Counted.” She suggested, “Why don’t we start with the voice and the kit having a weird conversation, sort of like two babies talking to each other? And then we built this loop, and we go from this place that’s totally uncomfortable and nonsensical to something that’s rich and rolling and satisfying.” For “Some Bright Morning,” the duet with Cha-Beach—who here plays electronics, piano, and Hammond organ—Shaw drew upon a twelfth century liturgical hymn she had sung regularly in church during her college years: “Salve Regina.”

“Some songs on Let the Soil… were very specifically composed by Caroline,” Cha-Beach says. “But others were this assemblage of ideas: finding words, an idea for how a melody could work, a harmony, and then tossing it in a blender and trusting each other.” Shaw adds, “What I love about Sō is the curiosity about how objects make sounds and how they speak to each other. [There was an] underlying thread of thinking about what goes into soil, how we take care of it, how we allow it to be itself, how we contain it, and what can come out of it if you cultivate the right environment, which for me is always this wonderful metaphor for creativity and collaboration: let people be themselves and see what happens,” she concludes.

Saturday, December 11, 2021 — 9 PM — Zankel Hall
Learn more and get tickets HERE
Sō Percussion is your guide for intriguing journeys to new worlds of sound. “Through a mix of consummate skill and quirky charm, this mercurial quartet has helped ignite an explosive new enthusiasm for percussion music old and new” (The New York Times). For this fascinating concert, their trademark sound is enhanced by exciting guest artists, including vocalists, an innovative beatboxer, and steel drummers in music by leading composers of our day, including Haitian American composer Nathalie Joachim’s new work co-commissioned by Carnegie Hall.

JASON TREUTING Amid the Noise 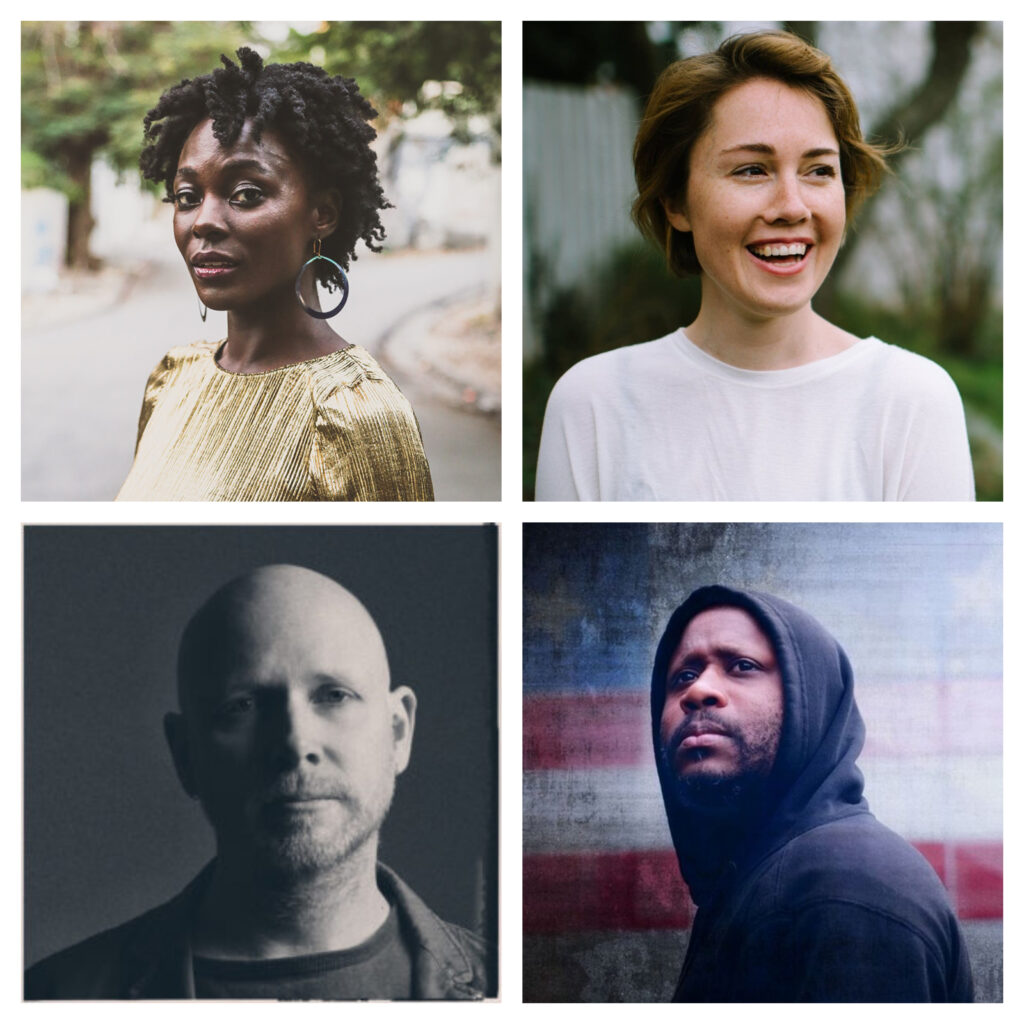 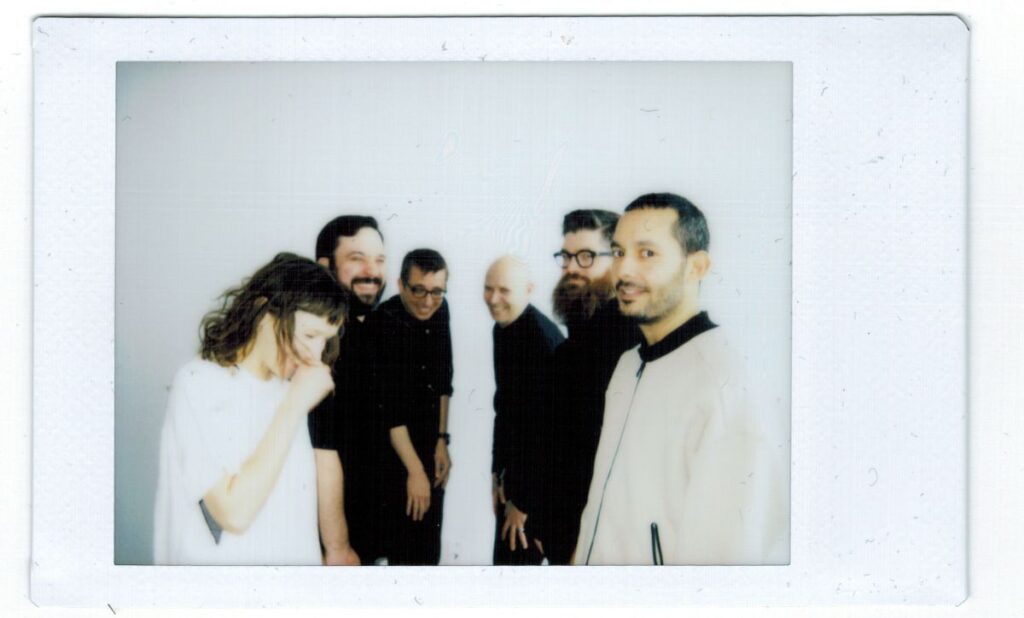 Online magazine The Quietus has words of high praise for Buke and Gase and So Percussion’s new collaborative album A Record of:

A Record Of… is a superb collaboration, reconciling jarring contrasts without compromising either party’s own character. It is the dynamic meeting point of pop and experimental, punk and classical minimalism, noisy and hushed, abrasive and smooth, delivered with stark clarity and precision.

Check out the whole review, and our album is available now!

NEXUS and Sō Percussion are pleased to announce the public launch of DRUMMINGat50.com, a website examining the immense influence, innovative compositional and performing techniques, and history of Steve Reich’s seminal work for percussion, Drumming.

DRUMMINGat50.com contains a deep library of multimedia resources, including:

DRUMMINGat50.com’s launch is timed to mark the fiftieth anniversary of Drumming, and to  echo the year of preparation that preceded the world premiere of the piece at the Museum of Modern Art in New York by Steve Reich and Musicians on December 3, 1971.

DRUMMINGat50.com is fully available to the public, and was designed and curated by Russell Hartenberger (of NEXUS, and an original performer in the world premiere of Drumming) and Ray Dillard, and built by Agile web designer Alex Kessaris.