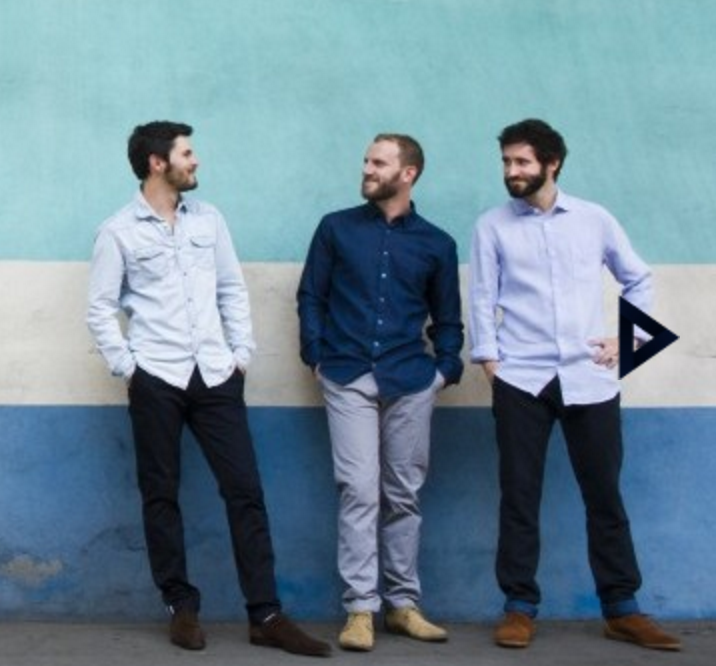 Special thanks to the New York City Department of Cultural Affairs for supporting Brooklyn Bound.

The french Trio SR9 promotes a creative vision of contemporary western drumming. Their special way of reviewing and transcribing the works of the great composers shows how actively they commit to classical and contemporary musical heritage. It led them to study closely the complete works of Johann Sebastian BACH and they worked on a specific piece of it. They released their first CD “Bach au marimba” in october 2015 under the Label Naïve.
The Trio SR9 was created in 2010 at the National Conservatory of Music and Dance of Lyon. In the past five years, they appeared on many stages and at large number of festivals, in France and abroad. In 2012, they won three prizes at the International Music Competition in Luxembourg: the First Prize, the Press Prize and the Public Prize.

Paul Changarnier, Nicolas Cousin and Alexandre Esperet are three young and curious musicians and they definitely express themselves in a wide range of performances. They like to collaborate with various artists to explore other artistic fields, including dance and theater, and create new projects where all disciplines merge into one creative expression.
On the occasion of the GRAME Days 2015 in Lyon, the Trio SR9 created its first show called MACHINE(s) with the composers Pierre Jodlowski and Benoit Montambault. The same year, the Trio is touring in France with the show C O R P O R E L S that reveals a mix of contemporary writing and other forms of living art related to motion.

The Trio SR9 is sponsored by ADAMS Percussions and RESTA-JAY Percussions.
It is also supported par SPEDIDAM, the Institut Français, Ville de Lyon, and the Bureau Export.

back to events archive