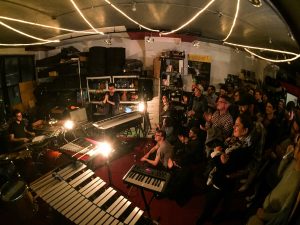 The loft scene is alive!

Now in its seventh year, Brooklyn Bound is a popular series of concerts at Sō’s working studio in the Navy Yard section of Brooklyn. When social distance became a necessity, we decided to create a new version and transition to a fully virtual one. Casual and intimate, the concerts feature us and emerging ensembles from our local scene.

New in 2019, the Brooklyn Bound Podcast! Check it out below on this page. Each batch of new episodes appears in the youtube playlist, which you can search on the upper right hand corner of the embedded video.

Brooklyn Bound is supported, in part, by public funds from the New York City Department of Cultural Affairs in partnership with the City Council.

Thursday, June 17, 2021
All performances will be live-streamed on the Sō Percussion Facebook page, and on the Sō YouTube channel at 7:00pm (ET).

Maritza Garibay is an interdisciplinary artist, music educator, instrument maker, and violinist from Detroit, Michigan.  She creates soundscapes with handmade instruments, found sounds, solar powered synthesizers, and a variety of noise makers and electronics. Garibay studied orchestral conducting with Kenneth Kiesler and Jeffrey Schindler and has participated in workshops with Marin Alsop and Kypros Markou. Maritza Garibay led Detroit new music ensemble, Interrobang, performing original scores to silent films at the Detroit Symphony Orchestra’s Cube and served as the assistant conductor of the Detroit Community Orchestra. Garibay is the Director of Orchestras at Detroit School of Arts where she has facilitated orchestral workshops with Detroit jazz legends Regina Carter, Wendell Harrison, and Mike Monford. Garibay’s students work in collaboration with Detroit cultural arts organizations like the Detroit Chamber Music Society, Detroit Symphony Orchestra, 826 Michigan, Third Man Records, and the National Arab Orchestra. Garibay is the co-founder of virtual masterclass series, Detroit Grooves, which focuses on bringing Black and diasporic African arts into the classroom. This year Garibay has premiered original work under the guidance of Bora Yoon and is looking forward to collaborating with the incredible artists at SōSI 2021.

Austin T. Richey is a performer and music educator based in Detroit, MI. His work as a percussionist and sound synthesist is steeped in a blend of diasporic African musics, free improvisation, and esoteric electronic circuitry, including performances with his handmade free jazz drum machines, noise boxes, and solar synthesizers. Richey has performed with Mounafanyi Drum and Dance, Gamelan Lila Muni, Ossia New Music, Mbira dzeMugomo Guru, and has collaborated with an array of artists including Pascal Le Boeuf, Masimba Hwati, Efterklang, Musekiwa Chingodza, Efe Bes, The Books, and Tendai Maraire. Richey is a current Ph.D. candidate in ethnomusicology at Eastman School of Music; his scholarship has appeared in African Music, Sounding Out!, and he has contributed original research and writing for the award-winning PBS Digital production Sound Field. Recently, Richey co-founded Detroit Grooves, a virtual masterclass series that connects young artists with renowned Detroit-based musicians, poets, and dancers to highlight the continuing cultural legacies of the African diaspora and the influential impact of original Detroit performance genres.

Praised by The Washington Post for “captivating” performances that draw from its notable “meld of intellect, technique and emotions,” the Aizuri Quartet was awarded the Grand Prize and the CAG Management Prize at the 2018 M-Prize Chamber Arts Competition, along with top prizes at the 2017 Osaka International Chamber Music Competition in Japan, and the 2015 Wigmore Hall International String Quartet Competition in London. The Quartet’s debut album, Blueprinting, featuring new works written for the Aizuri Quartet by five American composers, was released by New Amsterdam Records and nominated for a 2019 GRAMMY Award.

Through its engaging and thought-provoking programs, branded by The New York Times as “genuinely exciting” and “imaginative,” the Quartet has garnered critical acclaim for bringing “a technical bravado and emotional power” to bold new commissions, and for its “flawless” (San Diego Union-Tribune) performances of the great masterpieces of the past. In the 2019-20 season the group will tour extensively across North America giving both debut appearances at Lincoln Center and at Carnegie Hall as part of CAG Winner’s Series.

Read more about the Aizuri Quartet!

Bergamot Quartet is fueled by a passion for exploring and advocating for the music of living composers, continually expanding the limits of the string quartet’s rich tradition in western classical music. With a priority given to music by women, they aim to place this new, genre-bending music in meaningful dialogue with the histories that precede it with creative programming, community-oriented audience building, and frequent commissioning.

Bergamot values partnership and collaboration as a vital element of their creative work. Highlights of their 2021 season are recording their debut album featuring a work by member Ledah Finck with percussionist Terry Sweeney as guest artist; a co-commission of Darian Thomas with Sō Percussion as part of Sō’s Flexible Commissions project, to be released as a collaborative album in late 2021; and Slow Movement, a multimedia work created by Bergamot and fashion designer Whitney Newton that focuses on questions of sustainability. In addition, Bergamot is particularly excited about helping young people discover their potential as music creators. Recent engagements include being the 2020-2021 virtual ensemble-in-residence for the Junior Bach program at the Peabody Institute and for MATA Jr. 2020, and workshopping/performing undergraduates’ pieces at Towson University and University of Maryland Baltimore County. They have also guest-lectured and taught at the Peabody Institute, University of Baltimore, University of Texas El Paso, and New Mexico State University.

Bergamot Quartet is Ledah Finck and Sarah Thomas, violins; Amy Tan, viola; and Irène Han, cello. Founded at the Peabody Institute in Baltimore in 2016, Bergamot Quartet is based in New York City and is currently the Graduate String Quartet in Residence at the Mannes School of Music. 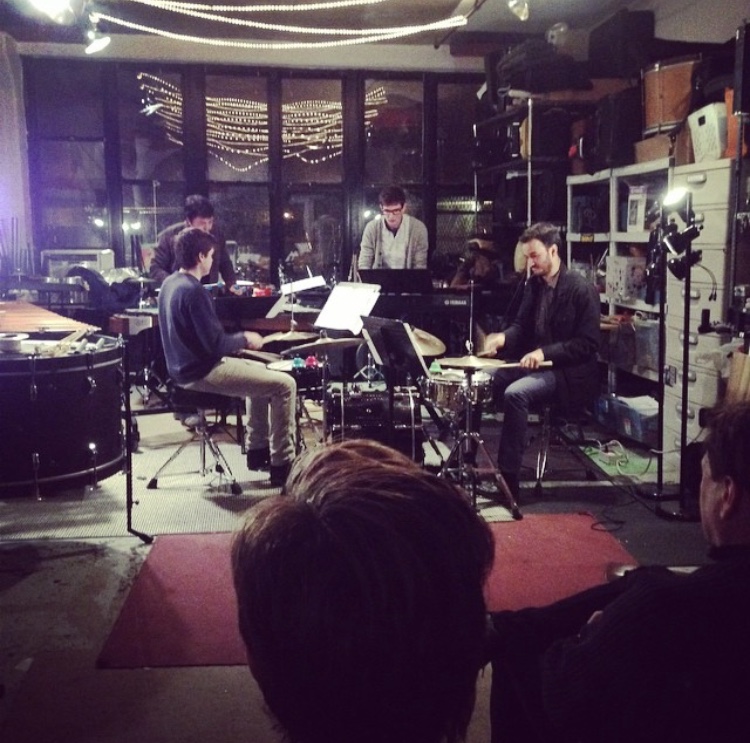 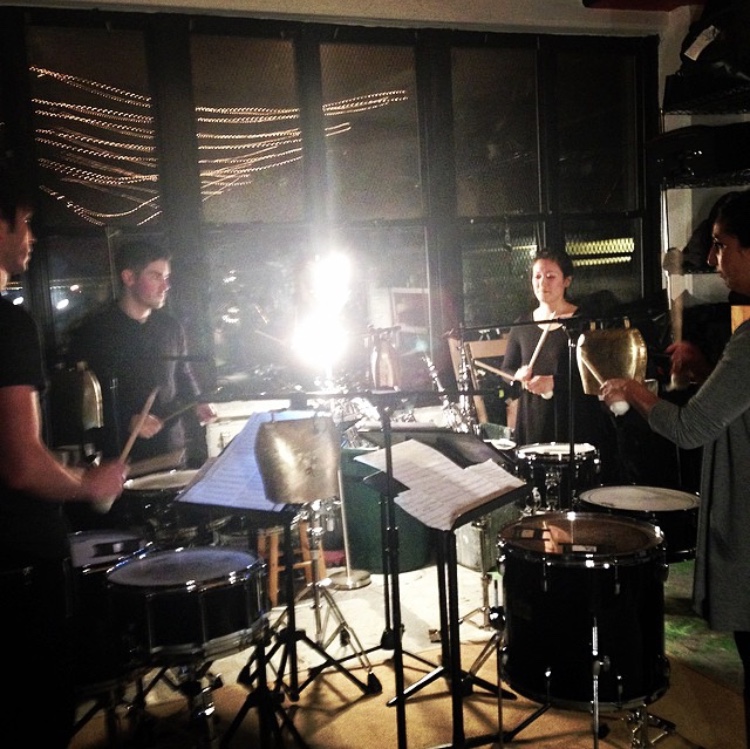 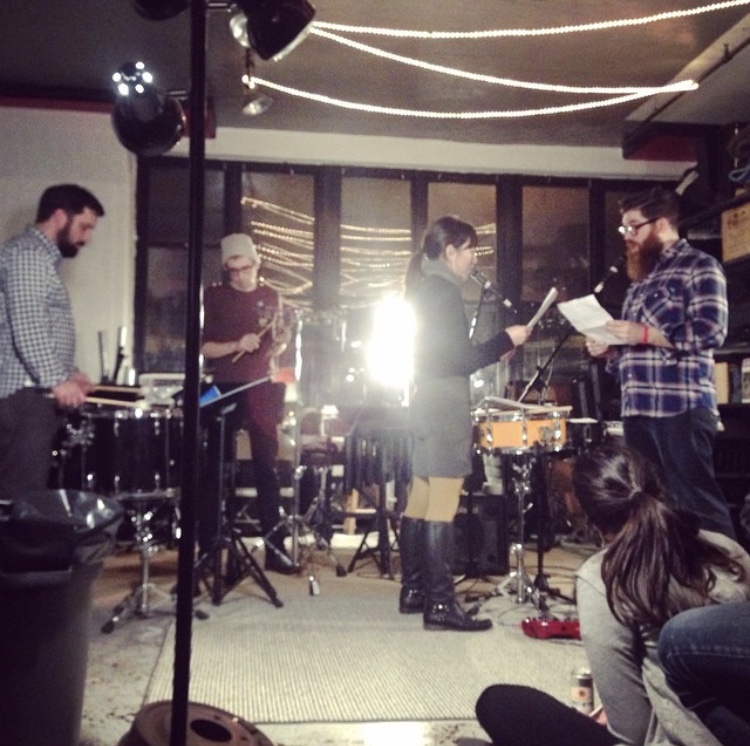 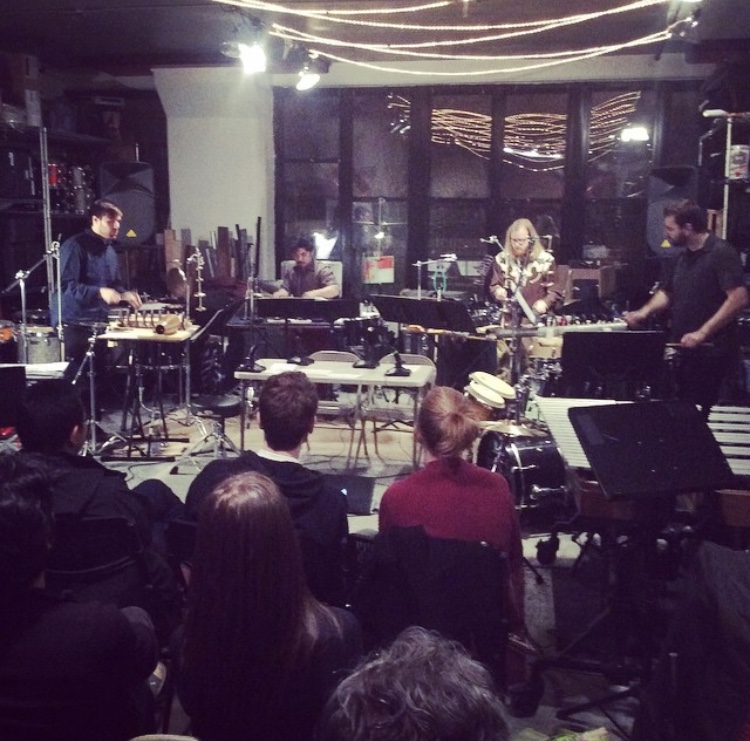 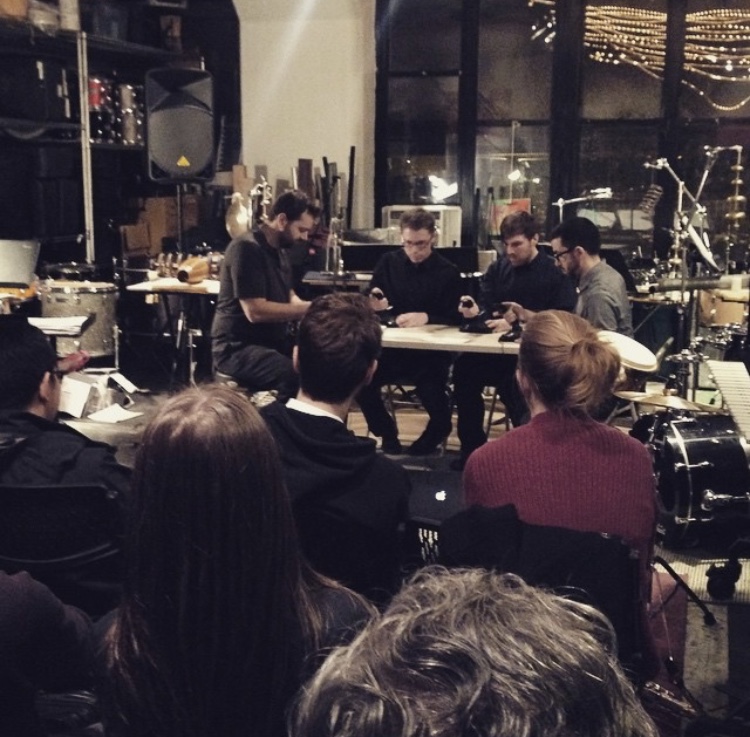 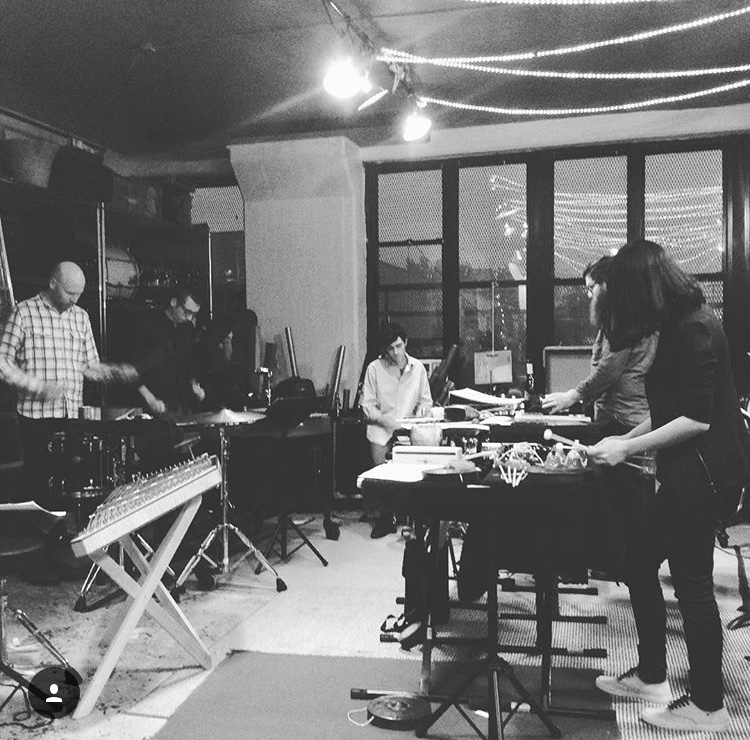 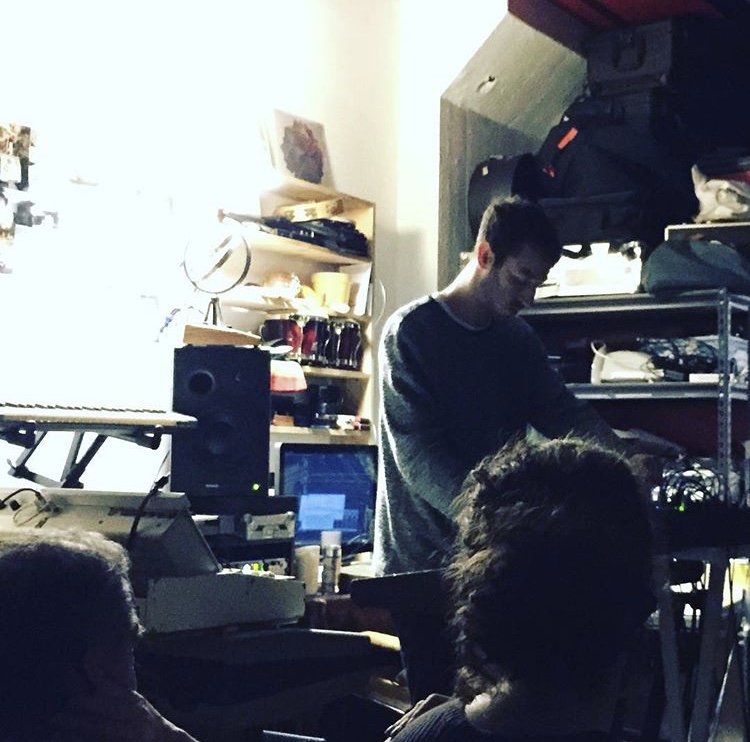 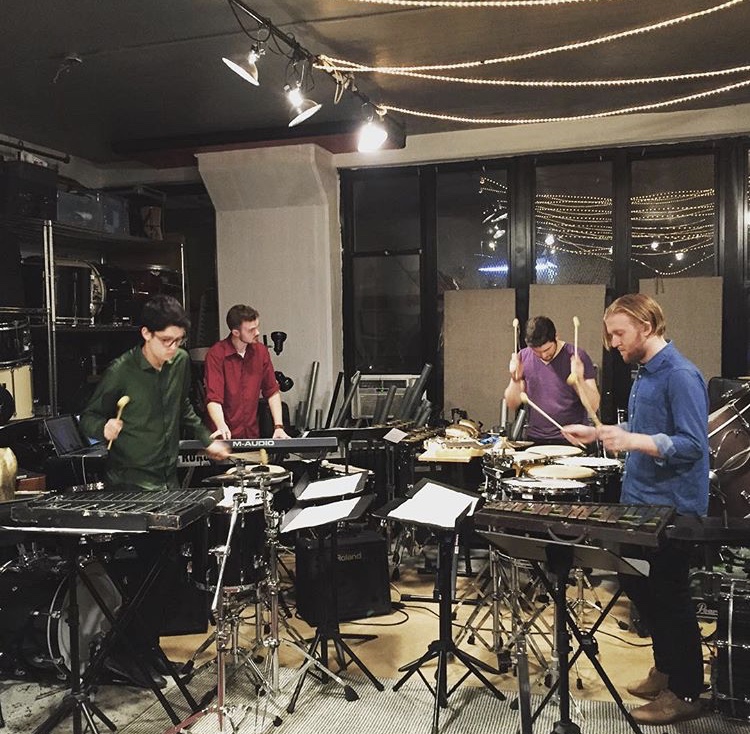 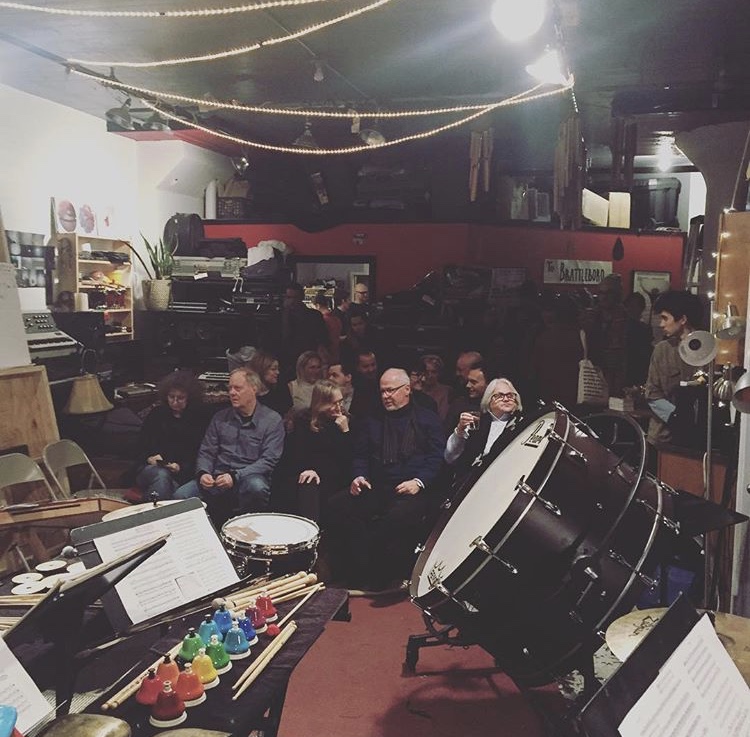 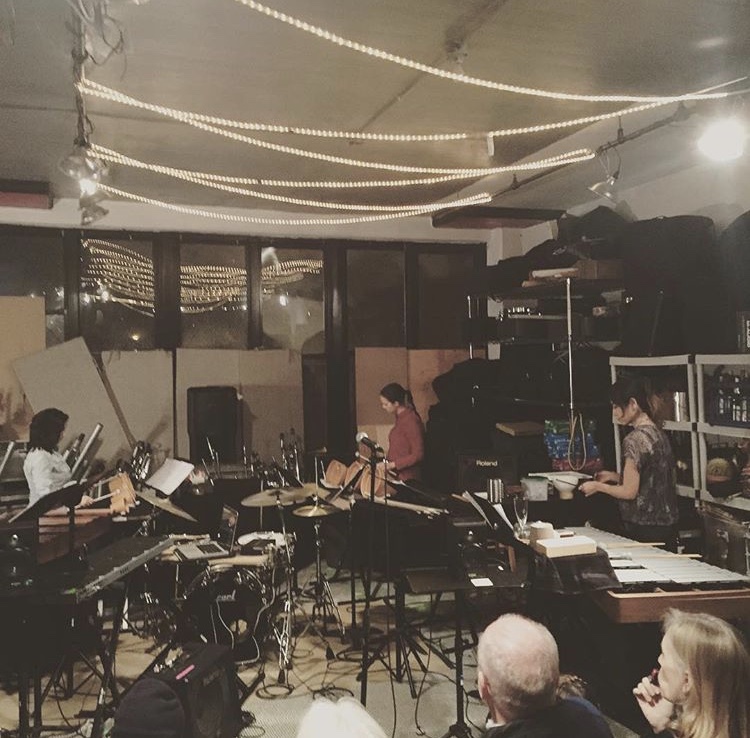 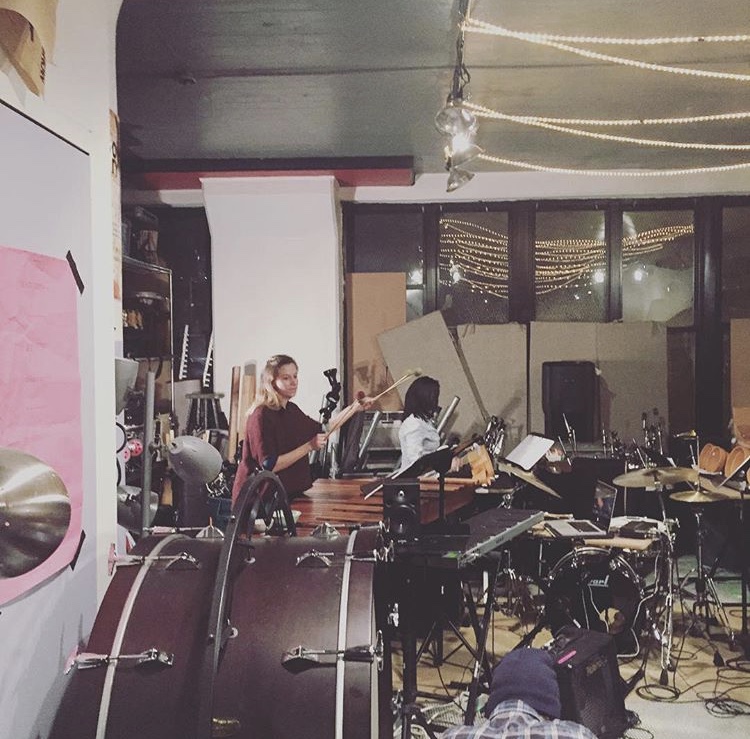 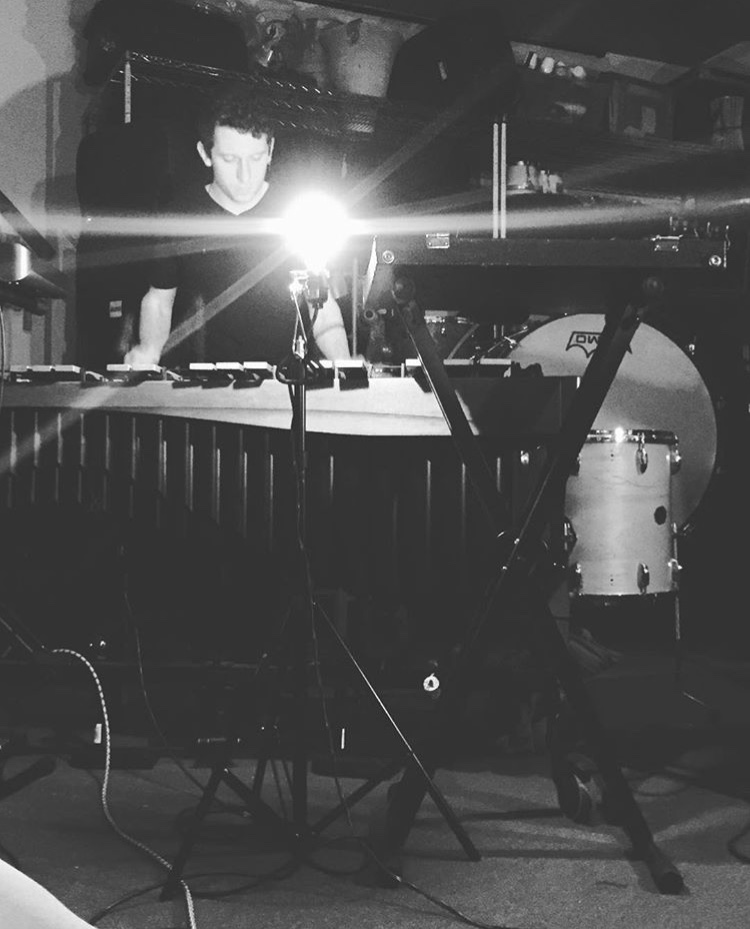 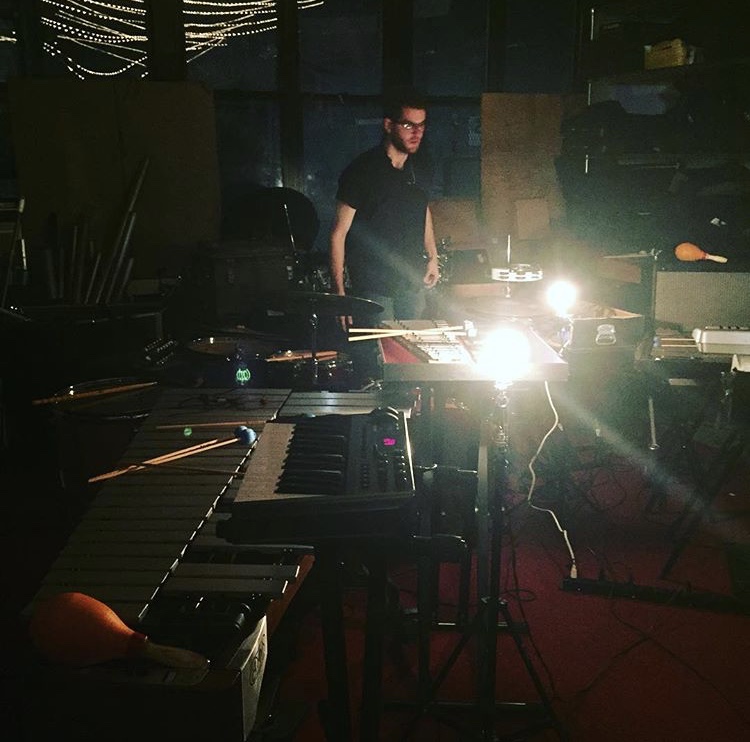 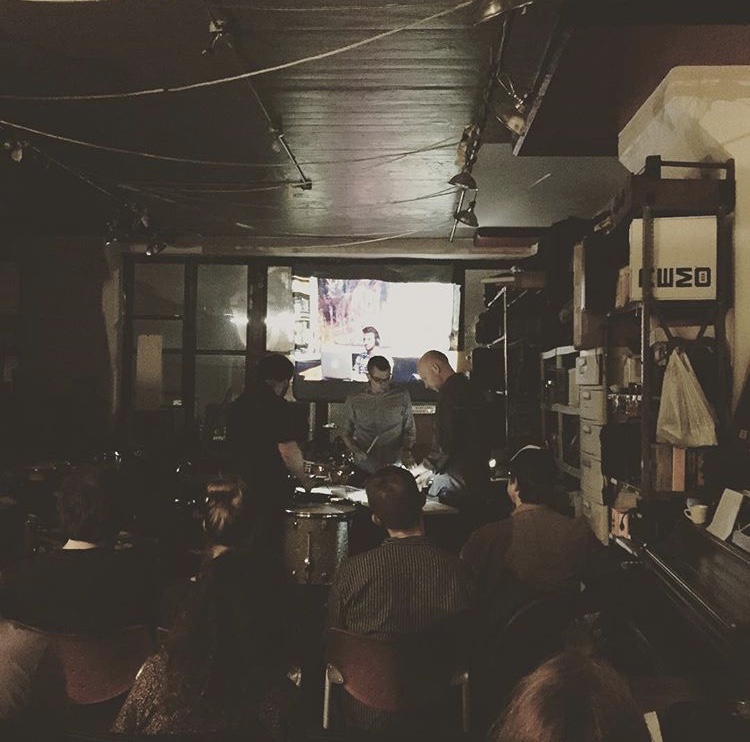 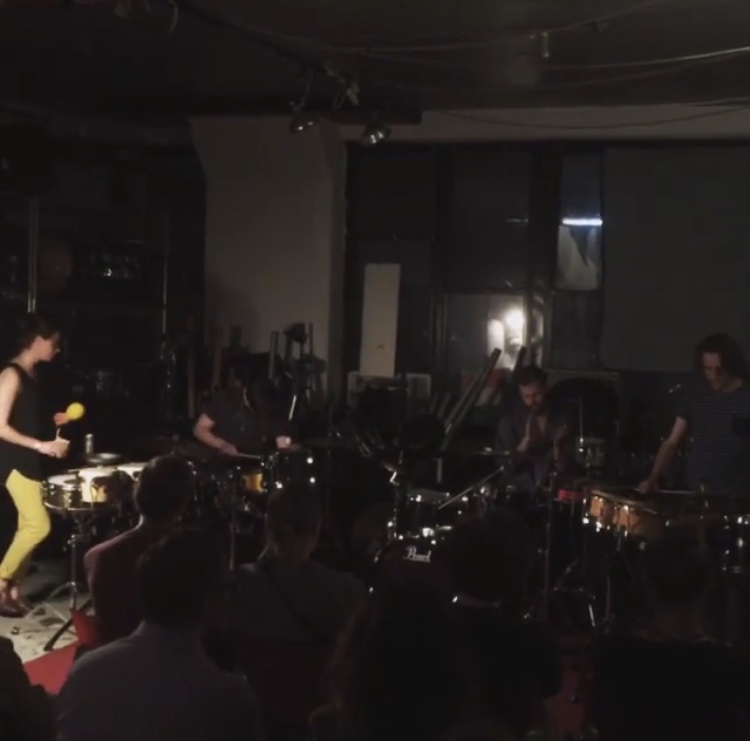 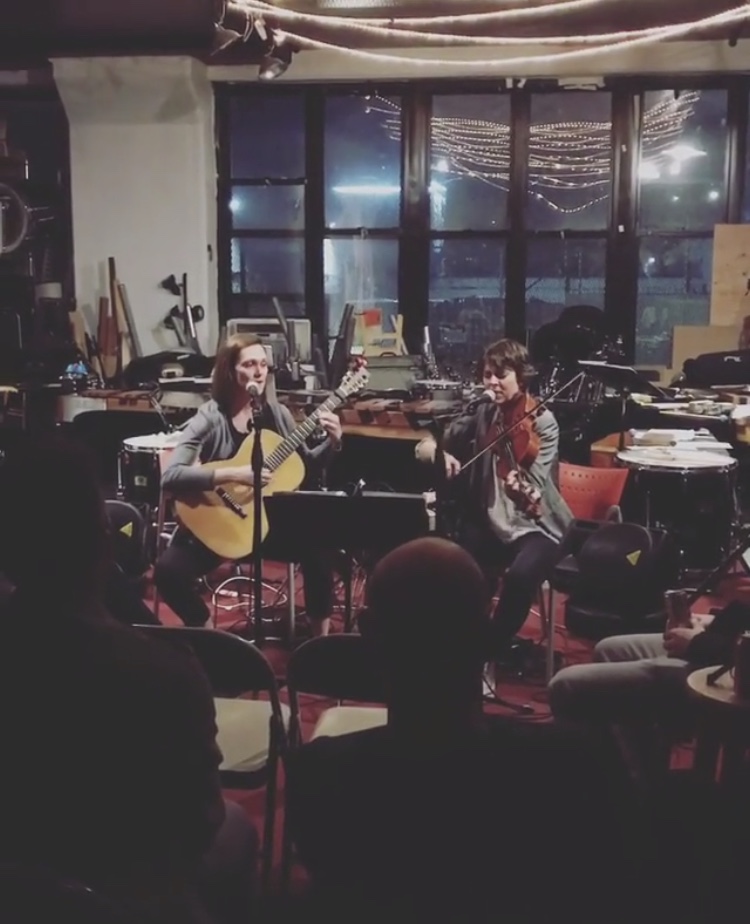 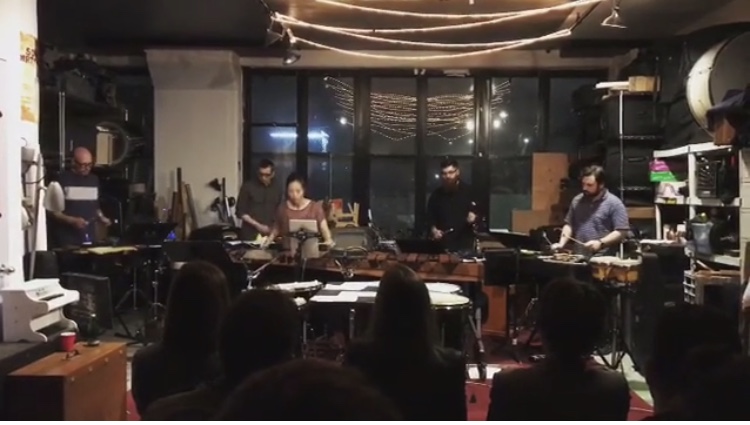 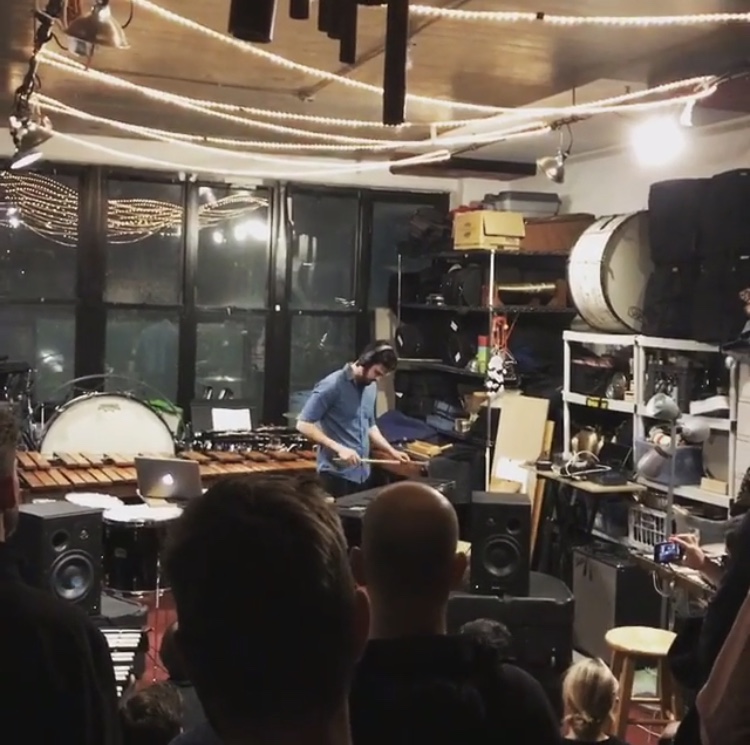 <
►
>
"There Might Be Others" by Dan Trueman and Rebecca Lazier