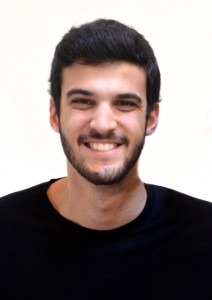 Alex Appel is attempting to narrow the gap between classical music styles and contemporary genres by both composing and performing works for live acoustic percus- sion with electronics. A native New Yorker, Alex is no stranger to the stage, having per- formed with large ensembles in American venues such as Carnegie Hall, Alice Tully Hall, the Adrienne Arsht Center, and Benaroya Hall, as well as internationally in London, Scotland, Austria, Czech Republic, Hungary, and China. He has kept his hands busy during the summer, participating in the Aspen Music Festival, So Percussion Summer Institute, Sewanee Summer Music Festival, and Hot Springs Music Festival. Alex has also performed with various contemporary chamber groups in intimate venues like the Secret Theatre and Silent Barn.

Alex enjoys composing percussion music and has had multiple works performed by the NYU Percussion Ensemble, including a mallet quartet arrangement of Zedd’s “Clarity.” He was commissioned by drummer Luis Jacome to write a solo for drum set and electronics and he premiered an original two-movement work multi-percussion and electronics at his Master’s Recital. His music can be found at www.soundcloud.com/ percappel