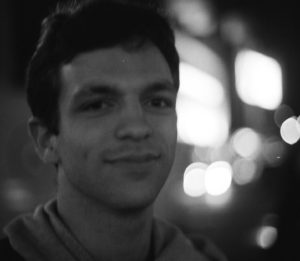 Griffin Brown is a composer, poet, and drummer based in Brooklyn.
Active in the New York and wider American new music and improvised
music scenes, Griffin writes music spanning classical, electronic,
experimental pop, and noise. His music has been heard across the
country, featured at contemporary music festivals in Europe, and
commissioned by institutions ranging from the Yale Art Gallery to the
Cornelia Street Café, to mention two poles. Ensembles like the icarus
Duo and Albatross Duo have premiered his pieces, and with his own
groups he has performed work at venues as diverse as Brooklyn’s
ShapeShifter Lab, San Francisco’s Red Poppy Art House, and the Yale
School of Music’s Morse Recital Hall.
His poetry appears in The Yale Literary Magazine and The New Journal,
among other publications, and in 2018 he was named a winner of the
Connecticut Poetry Circuit. Griffin received a B.A. from Yale that
same year, where he studied English and Music and was awarded the
Frederick Mortimer Clapp Fellowship in Poetry.