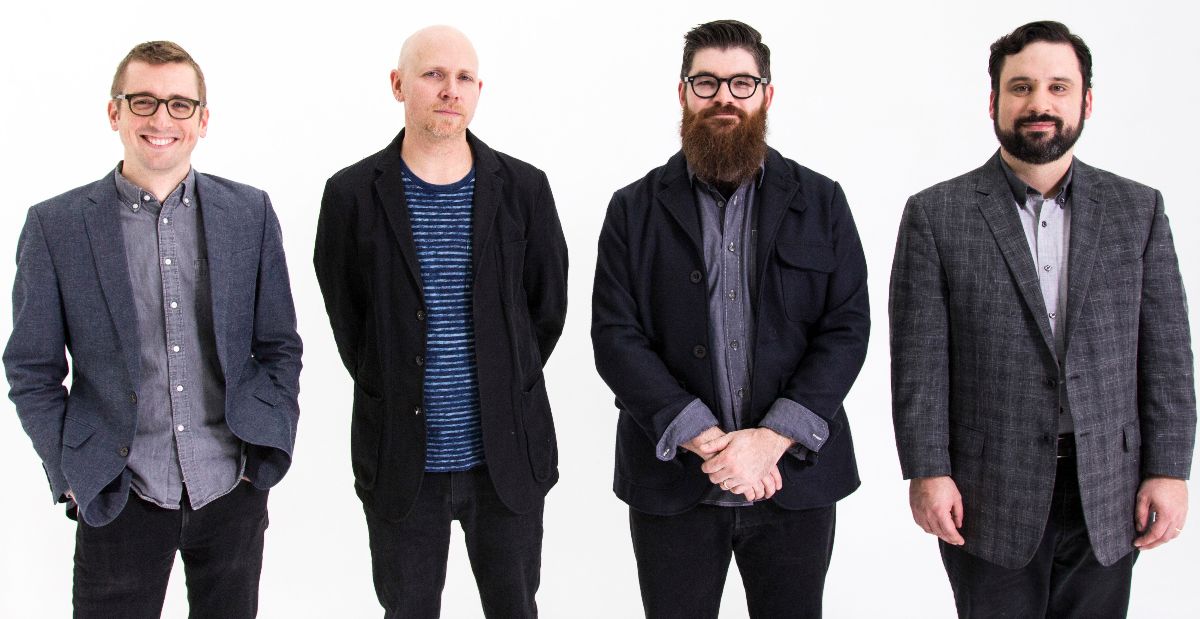 See the full version of this newsletter HERE

In 19/20, Sō Percussion is privileged to perform a deep library of new music in the US and throughout the world, including a happy return to Carnegie Hall, where we perform a program exploring a century of percussion music (including Sō’s latest commission, Julia Wolfe’s Forbidden Love)!

We also welcome new albums with Dan Trueman and the JACK Quartet, Buke and Gase, and Caroline Shaw – with whom we perform a series of concerts, including a Miller Theatre Composer Portrait.

In addition, we continue to tour our original work, Amid the Noise; welcome a gallery installation of the video art  of From Out a Darker Sea;  reunite with Nexus Percussion for Steve Reich’s Drumming; join Louis Langrée and the Cincinnati Symphony for David Lang’s man made – and more!

Read on, browse, and be in touch. We hope to see you soon!

Our newest major commission is Julia Wolfe’s Forbidden Love, a string quartet (two violins, viola, cello), written for Sō Percussion. Says Wolfe: “The beautiful thing about Sō is that they are so open, so collaborative, full of adventure and can-do attitude. Together we discovered and drew out beautiful ethereal and crunchy sounds from this iconic quartet of instruments. In the process I developed a very personal new language (boings, szhings, hammering, and more).”

Wolfe’s Forbidden Love is the newest work on a program that articulates the influence of percussion on the language and execution of new music from the 20th century into the 21st. Whether you know and love this repertoire, or you are listening with totally fresh ears, this program, in this gorgeous venue, is going to be something special.

Jason Treuting’s Amid the Noise began as a soundtrack, which morphed into our third album and then into a flexible set of live music. Now it is a communal music-making project that can occur with any number of musicians in almost any combination. Like Terry Riley’s In C, this work maintains its identity and integrity even through wildly different realizations.

• on Sept 13 for a season-opening concert at Princeton University (where we are Performers-in-Residence), alongside Princeton music students.

• Oct 23-27 with the Washington Ballet for NEXTSteps  where we perform live to a new dance created by renowned choreographer John Heginbotham.

• As part of a Sō residency in Trinidad and Tobago in January (read more about this below!) 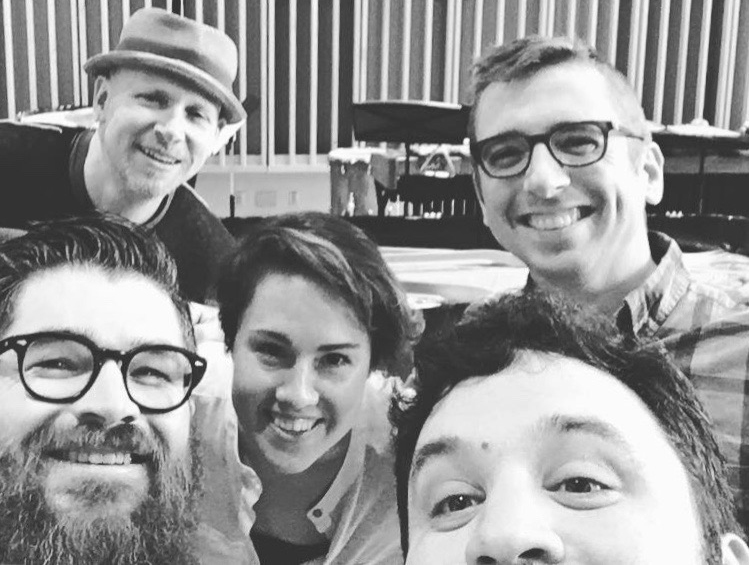 We are truly delighted to be be working this season with the Pulitzer-prize winning composer Caroline Shaw.

Last summer, we met up with Caroline to record her percussion quartet Taxidermy, and Narrow Sea, written for and premiered by Sō, Dawn Upshaw, and Gilbert Kalish in 17/18. (Dawn Upshaw Sings Expertly with Piano and Percussion, SF Chronicle, Oct. 27, 2017)

During the recording sessions, Caroline and Sō spent an extra day in the studio experimenting with new material. The result was so exciting that we decided we HAD to expand this material. In a subsequent recording session, ideas flourished; group tracks, duo tracks (Caroline and each member of Sō wrote/laid down a new song with only 60 minutes), and more.

We are thrilled to share these new songs with audiences at Princeton University and in a Caroline Shaw Composer Portrait for Miller Theatre in February 2020. (Stay tuned, we’ll be back soon with release dates for these recordings!)

We kick off the fall season at the Drum Boogie Festival, reuniting with the one and only Nexus Percussion for a performance of that foundational work of percussion: Steve Reich’s Drumming.
It’s our pleasure and honor to have filmed a performance of Drumming with Nexus percussion (as well as with Yumi Tamashiro, Beth Meyers, Alex Sopp, and Daisy Press), which will be released for the 50th anniversary celebration of the piece.

Sō Percussion: From Out a Darker Sea (2017 Tour) from Forma on Vimeo.

FROM OUT A DARKER SEA

The Sō original production From Out a Darker Sea emerged out of multiple residencies in the industrial areas of Northeast England, known for coal mines and the social impact of their accompanying strikes and the loss of the industry (which many people know from the movie and musical Billy Elliot).

Commissioned by East Durham Creates as part of Arts Council England’s Creative People and Places program, and supported by a Sō residency through Forma, this original production features film and visual art we developed with Amber Films, inspired by Sirkka-Liisa Konttinen’s photographic series The Coal Coast.

This fall, Princeton University is hosting an art installation which includes the original video and recorded music from From Out A Darker Sea!

• This fall, we return to Lithuania for the Klaipeda Festival, where we perform Amid the Noise, as well as “classic” Sō repertoire by Bryce Dessner, David Lang, and Steve Reich.

• This season we are piloting a new Cultural Exchange Program, designed to encourage sharing between percussion traditions, where we can learn from performing alongside leading artists in an area while conducting educational residencies in partnership with nearby universities. In February 2020, Sō Percussion will travel to Trinidad, where we will collaborate with steel pan artists from Skiffle Bunch and Pan Elders, work with students at the University of Trinidad and Tabago, and perform (with local musicians) Amid the Noise as part of an educational residency.

• In the spring, we make our debut at the Cité de la Musique in Paris, playing a program of Dessner-Reich.

• We also happily reunite with Louis Langrée for Lully’s Le Bourgeois gentilhommeSuite and David Lang’s man made with the Cincinnati Symphony (Throwback to our performance of these works with Langrée at Mostly Mozart, complete with Turkish crescent!)

• AND, we’re delighted to welcome several new albums this season. Later this fall, look for Dan Trueman’s “Songs that Are Hard to Sing” from New Amsterdam Records, and a collaborative project from Brassland with our friends Arone Dyer and Aron Sanchez – aka, Buke and Gase!